Vocabularies and processes used to create specialized, editable structures for documents that conform to the XML standard.

Why is it important?

Successful interchange of structured information depends on a common understanding of the vocabularies involved and how they are processed. The standards for providing this take the form of an XML schema and provide common ways of structuring different types of content to facilitate reuse, catalog maintenance, version control, and other aspects of technical documents.

Why does a technical communicator need to know this?

There are many ways to store and process structured information. Within the realm of prose communications, as distinct from data-interchange APIs, XML is one of the most common and successful ways to do so. Most publishing workflows rely on XML at some point by, for example, reading the underlying XML structures of Microsoft Word .docx files as part of a conversion process, generating XML markup for an automated publishing system, or publishing eBooks.

XML document editing standards identify common vocabularies and best practices for reducing costs and increasing reliability. Technical communicators are most likely to encounter one of these XML editing standards: 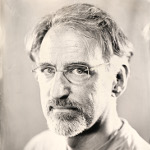 Norman Walsh is a Lead Engineer at MarkLogic Corporation where he helps to develop APIs and tools for the world’s leading enterprise NoSQL database. He has also been an active participant in a number of standards efforts worldwide: he was chair of the XML Processing Model Working Group at the W3C where he also co-chaired the XML Core Working Group. At OASIS, he was for many years chair of the DocBook Technical Committee.

With two decades of industry experience, Norm is well known for his work on XML, XSLT, DocBook, and a wide range of open source projects. He is the author of DocBook 5: The Definitive Guide (O’Reilly Media, 2010).